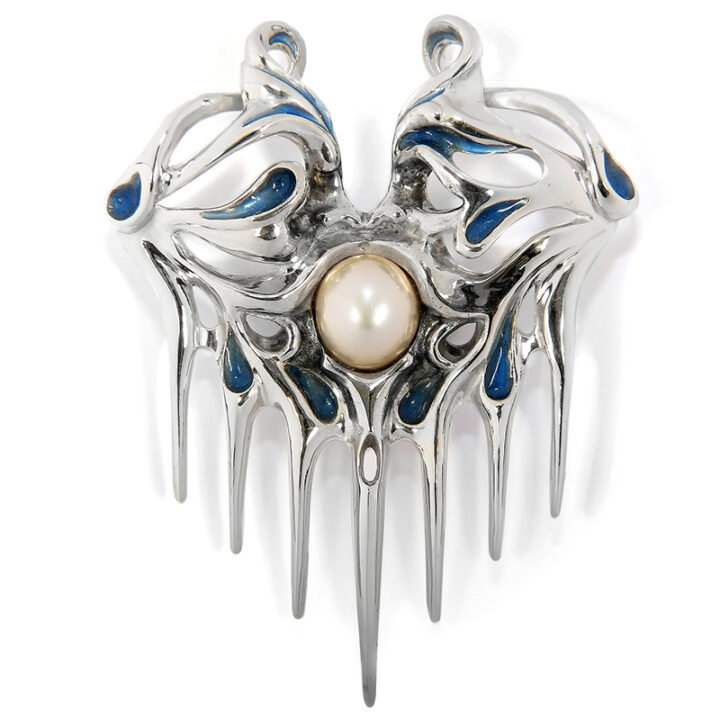 Liberty (or Art Nouveau) style jewels are characterized by an agile and supple lines aesthetic .

The dominant themes are nature and the female image. Faces and sinuous bodies of women, but also plants and floral world, are the favorite motifs of brooches, pendants and liberty charms.

Metals are expertly modeled in wax and the cut of gemstones is often irregular.

Have a look at my own collection of Liberty jewels.

Do you like Liberty jewels? Tell me about your perfect jewel, I’m glad to craft it for you.
To start I’ll make you a few questions to understand your vision click here.

Pendant in yellow gold with turquoise, the pendant is double-faced and unique in every detail 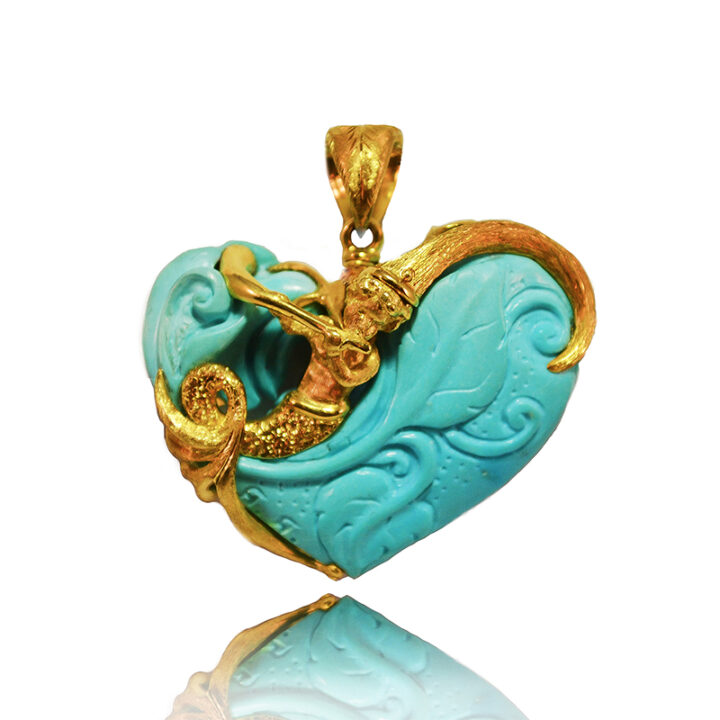 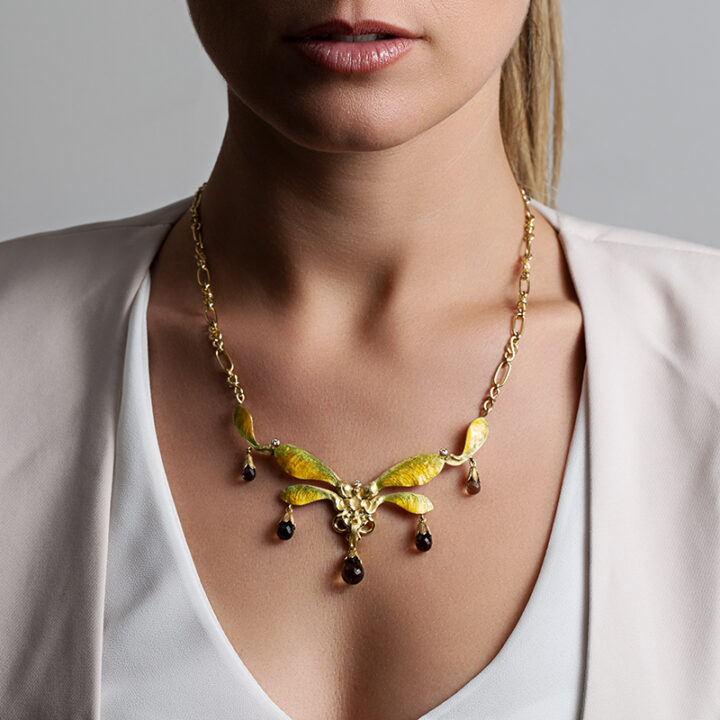 Pendant in yellow and white gold with diamonds and citrine quartz 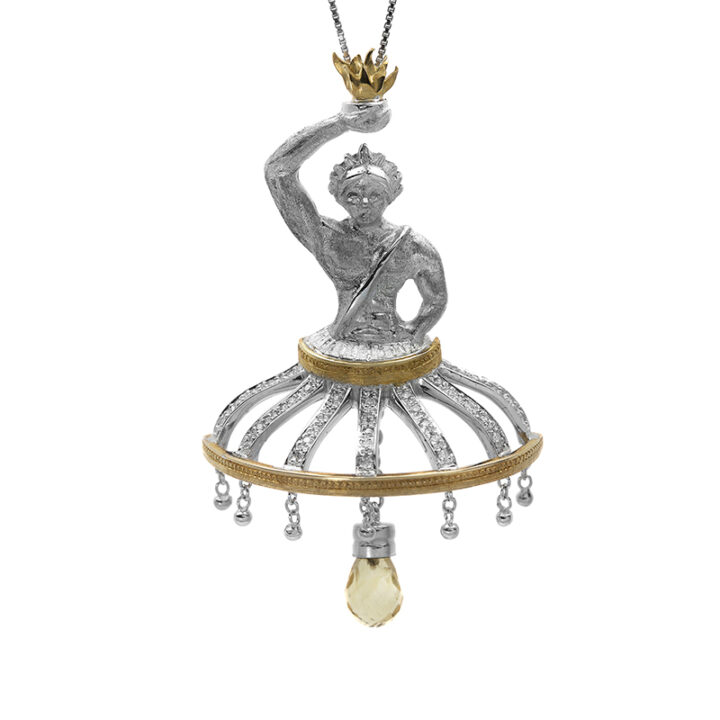 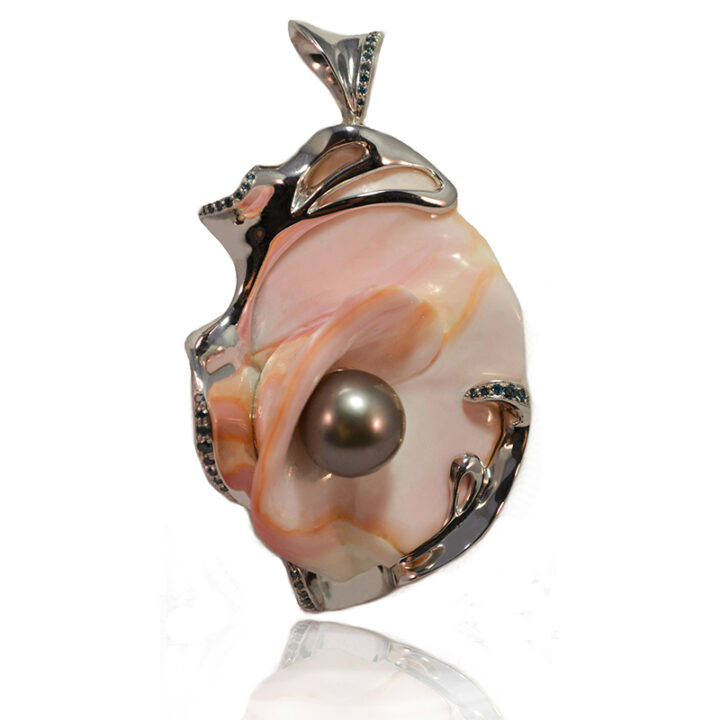 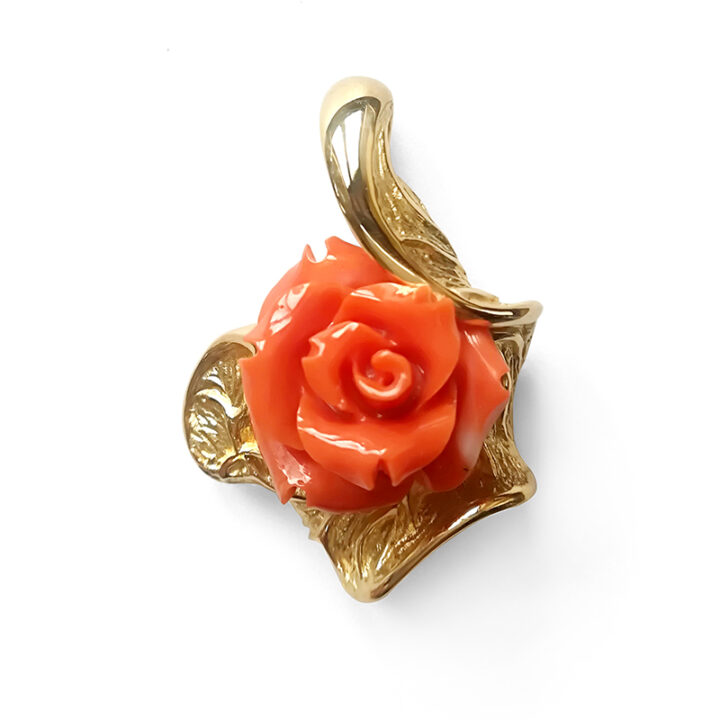 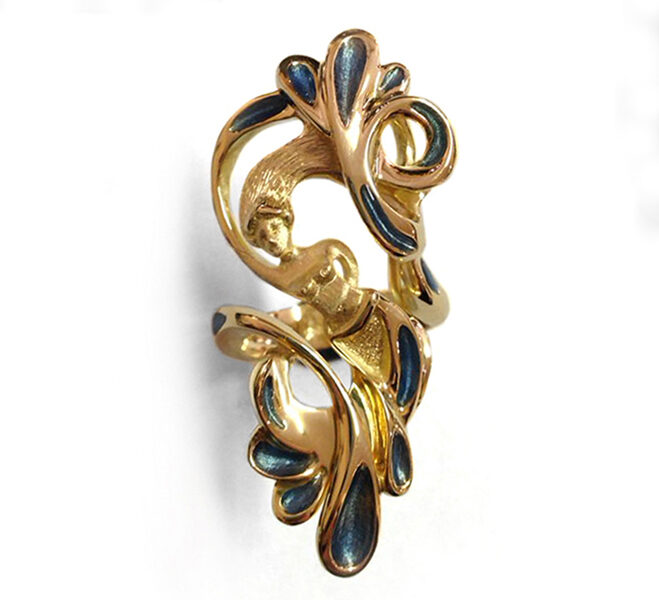 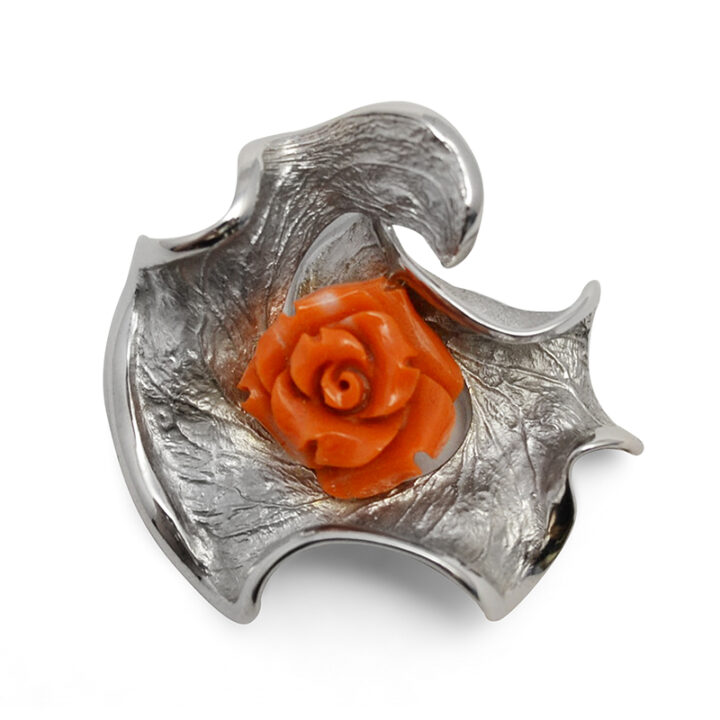 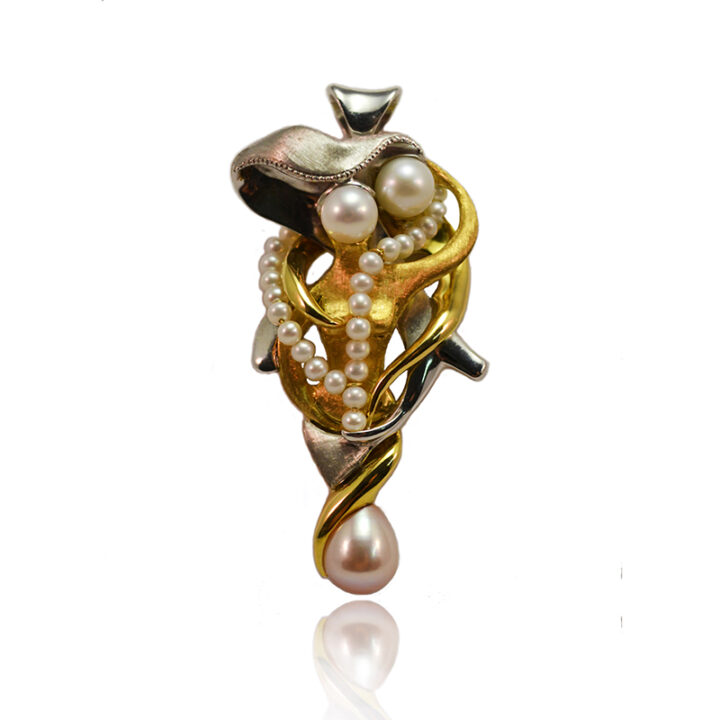 TITLE OF THE JEWEL: The lovers

A Woman of the Risorgimento, she was sent to France by her cousin Cavour with the intent of using her graces to seduce and convince the Emperor Napoleo III to side his troops with those of the Savoy house for the cause of Itaian indipendence.

The attempt succeeded and the two became lovers.

Napoleon III showered her with jewels incuding a necklace of 5 rounds of pearls which she often wore. The jewel represents two lovers, he embraces her and in between the two bodies a shape in silver brings to mind the shape of a unified Italy, reason for which the two met.

The man and the woman are also joined by a thread of pearls which remembers one of te most famous gifts the Emperor gave to the Countess. 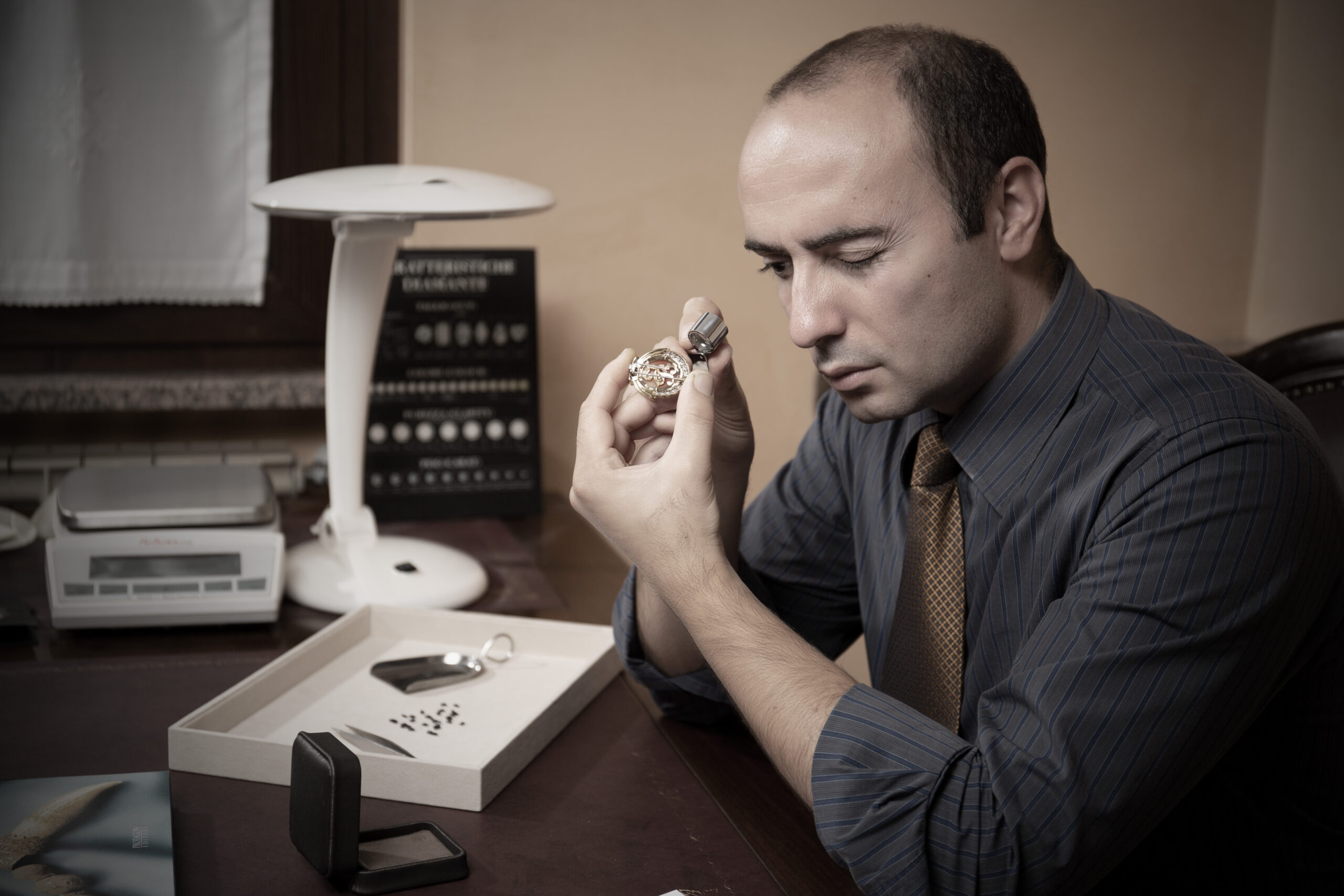 My name is Ivan Barbato and I am a jewelry designer and goldsmith.
Tell me about your perfect piece. I'll be glad to craft it for you.